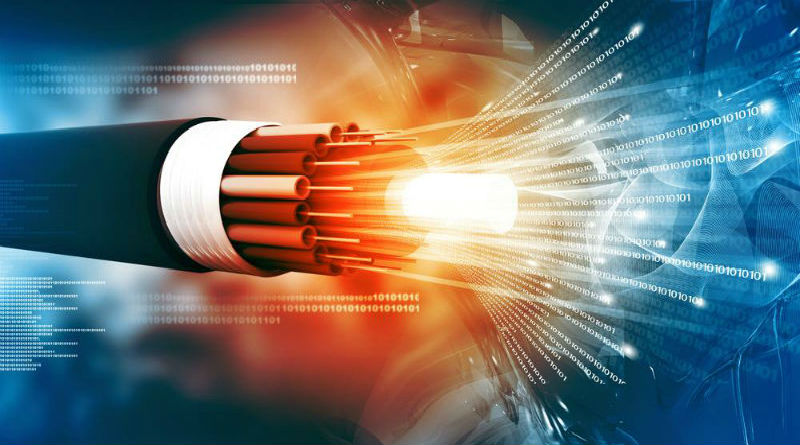 Eventually, as fiber optic broadband goes mainstream in India, the age has arrived. Smartphones and smart devices are often subjects. Think about it, without Internet access nothing can be smart. And conventional broadband connections would soon become a significant constraint with increasing data loads and quantity.

We are excited to see broadband fiber optic networks becoming a mainstream fact. Major service providers have already built their networks, and are on the verge of this year going online. Let’s explain what the technology is and why would you be excited about the next broadband connectivity chapter?

Fiber-optic broadband is increasing in coverage and popularity, making our internet access faster than ever before.

If you’re after an internet connection as quickly as possible, you’ve likely learned about broadband fiber optics. Yet what exactly is it? Was it worth the effort?

What is Fibre Optic Broadband?

The innovation in telecommunications, fibre optic telecommunications technology offers super-fast speeds for all your everyday internet needs. Its name comes from the use of plastic or glass cables, allowing faster data transmission compared to traditional copper wires used in normal broadband connections.

Other than that detail, it’s almost the same as regular broadband connections that you’ll find around the world , providing only higher speeds. This won’t need the use of a sophisticated computer and doesn’t ask you to use any special program, making it extremely easy to use.

Optical fiber uses light to bear signal instead of electricity. We have relied on copper cables to hold electrical data signals for years. Although copper cables can handle high bandwidth, they can only handle that at a short distance. A few hundred meters and copper cables begin to reduce their capability to carry bandwidth. Optical fiber cables consist of strategically placed bits of glass that absorb light and can thus bear a potentially infinite amount of bandwidth over endless distances.

How fast is fibre optic broadband?

The obvious advantage of fiber optic broadband is speed improvement, enabling you to watch videos, browse pages and play games quicker than ever before. But how good is the Service?

Which makes the connection fast enough to be called “broadband” There is no standard definition and what is defined as a broadband service varies around the world.

In the United Kingdom, User have access to a wide range of programs with varying standards of efficiency. Nearly every home and business should have access to a fixed-line connection of at least 2Mbps (megabits per second), but most of them can have speeds of more than 24Mbps..

Do I need to have a phone line installed?

A lot of people have bucked the trend of using a landline phone with the rise in smartphone usage but keeping the phone line mounted due to their internet access.

Although fiber-optic broadband is distributed mainly via cables, most connections (via FTTC) still use copper phone lines to transmit data to your home. That means you’ll have to pay rental on phone, even though you don’t use a landline to make calls.

Most other providers would need an active phone line, with Virgin Media as an exception. Fortunately, this expense is also incorporated into the expense of the deal. Please consult with your company before you take out a new contract to be 100 percent sure of all the upfront costs.

You may or may not need to spend your cash on fiber optic broadband depending on how many people you have using your internet service and what they choose to use it for you. It could all come down to the budget, of course, and if you’re looking to save cash you may look at alternative programs instead.

If you confess to being a kind of internet addict, uploading vast quantities of data, watching videos, playing online games and using several devices, it would make sense to have a fiber optic link. A fibre-optic connection is also a no-brainer if you operate from home and rely on your internet access for a living.

But if you just use the net from time to time for emails and the occasional bit of online shopping, a fiber optic connection might prove to be a very costly novelty.

Fiber broadband appears to be more costly than a conventional link but it is worth it in our opinion. We will suggest fibre-optic if:

The biggest advantage of broadband fiber networking has to be the continuous carrying of fast data over long distances. Traditional copper cables begin to lose their capacity to carry data as soon as it exceeds 100 metres. Copper cables can hold high-speed data, but the fact that they can not sustain speeds over longer distances is a worthwhile improvement to optical fiber as a no-brainer.

Technology is developing around us and it is evolving quickly. The broadband connections today are strong but potential demands will soon be bottlenecked. 4 K video is 4 times a 1080p display resolution and 8 K is 16 times a whopping one! Today, 4 K televisions are popular and UHD (4 K) content is also available on streaming services.

The consistent streaming of these huge data loads will only be feasible through the optical fiber. Fiber optics can also reach 1 gigabyte per second of velocities as and when possible.

Video streaming platforms revolutionize the way we view our TV. Due to new technology, not only do we display content at higher resolutions, but also in immersive audio codecs and HDR images. Currently on the rise in cloud computing, and so is web-based gaming. Today online games are common options in entertainment. Generally, our entertainment needs of the present and future are largely focused online. For higher data velocities over infinite distances, optical fiber can ensure future continuity.

Copper cables still exist and as you read this, many internet service providers are replacing them with fiber optic cables. Fiber optic broadband would cost similarly, if not exorbitantly high, to our current broadband connections with the tremendous competition in the internet service provider space. Providers do not need any significant replacements apart from channeling internet access. Get set for reliable high-speed internet.

The types of fiber connections you should know:

FTTH (Fiber to the home)

As the name suggests, the fiber optic cable reaches to home users. That is the type of service that most of us can use. If you have a CAT 5 or CAT 6 router, your Internet service provider may provide you with a fiber optic connectivity converter switch. And you can retain your existing Internet router and still enjoy decent speeds.

Nonetheless, change is the only constant and it will be nice if you upgrade your router to one that can take direct fiber optic link and manage future gigabyte speeds as well.

FTTB (Fiber to the building/business/basement)

Fiber to building is when the house is hit by the fiber optic cable and then spread further. It allows consumers of existing wideband links to use their current delivery point cables. Not only that, community connections could make the service accessible tad bit as much as FTTH.

FTTO (Fiber to the office)

The server in this case is the one that gets fiber optic connectivity, and the link is spread by other means to other computers. It will be a trade line with potentially infinite resources which is meant to improve profitability.

No service is flawless, so finding that even fibre optic broadband has some downsides is no surprise.

As we just mentioned, fiber optic broadband is still considered a bit of a luxury for now, with some areas still lagging without the promising ultra-fast speeds. Which means you can always test if you can get the service before you pay for a service.

Some providers will double check that you can get the service, and will reimburse you if you can’t get it for some reason, but if you double check first, it will save a lot of trouble in the long run. Though, it’s worth mentioning that if you don’t have it in your region yet, you may be able to access it in the foreseeable future so you’re still better off checking now and then to see whether you can get the service.

As is the case for any product, you’ll probably shell out a greater amount of cash for a higher quality service. Lucky for us, since it first reached the market, the price of fiber optic broadband has fallen but it’s much more costly than your standard broadband service.

Costs differ depending on the rates you get, and ISP best offer would possibly cost much more than the less speedy version of the service. But you can get some decent package deals too which will bundle your phone, TV and internet bill into one monthly charge.

Installing fiber optic cables is not the easiest job, taking much longer than your regular broadband link, mostly due to the need to remove per-installed copper cables. Which means deployment can be a matter of hours, rather than a few minutes, to carry out.

Many new build homes are already equipped with glass or plastic cables, but the service would have to be built in the vast majority of the homes. Going through shouldn’t be too expensive, but it can take a little while.

Like with any service, in certain cases these drawbacks can be resolved and as the service’s popularity increases, rates are often likely to decrease.

Planning for the Future

If it’s an ISP or a community, planning for the future is an important factor when it comes to planning fibre. It is evident that the Internet of Things is growing and evolving, with new ways of linking our everyday lives. The more stuff we connect to the Internet the faster speeds we need to power it. That’s why so many ISPs and communities are now opting to build future-proof fiber networks as opposed to obsolete copper that only needs replacement in 10-20 years. Yet they have to create more than that for shifts in population and economic environment.

Planning for the future also involves installing more fiber all at once, versus returning late for more deployment. Yes, it’s costly to install fiber optic Internet, but those huge costs have more to do with infrastructure than with the fiber itself. The cost of doubling fiber strands may be a mere cents difference, while the potential cost of improving infrastructure may be between thousands, if not millions, of dollars. Dark fiber, optical fibers that form part of a fiber cable but are not commonly used, can be a great asset for an ISP or municipality.

Switch off the internet and our normal day instantly feels a whole lot dull. We are so used to the internet that slower velocities sound inappropriate. The Download and Space days are gone. All is streaming now and this trend can only go further. Eventually, streaming high quality video, uploading and downloading massive files, with fiber optic connectivity, can feel snappier than ever before.

Improvements in equipment come with high-speed internet, and investing on capable equipment is a part of technology investment. The most important thing to improve will be our modems and Internet routers. Anything the internet publishes is nirvana. Downloading games to your computer, streaming high-definition content on your smart TV or video calling via Netflix, Prime Video, YouTube, all is about to reach warp speed. 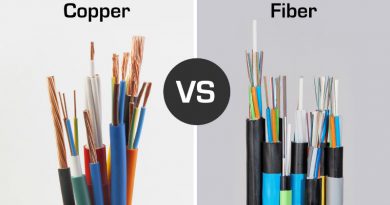 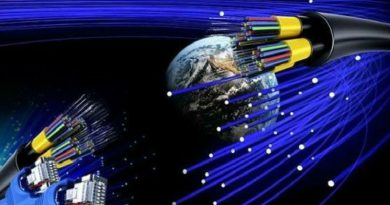 All you need to know about Optic Fiber Internet 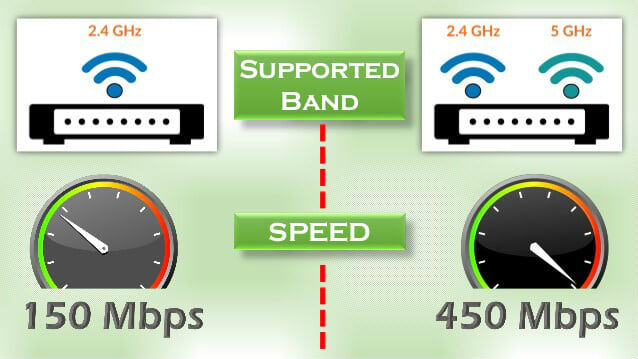