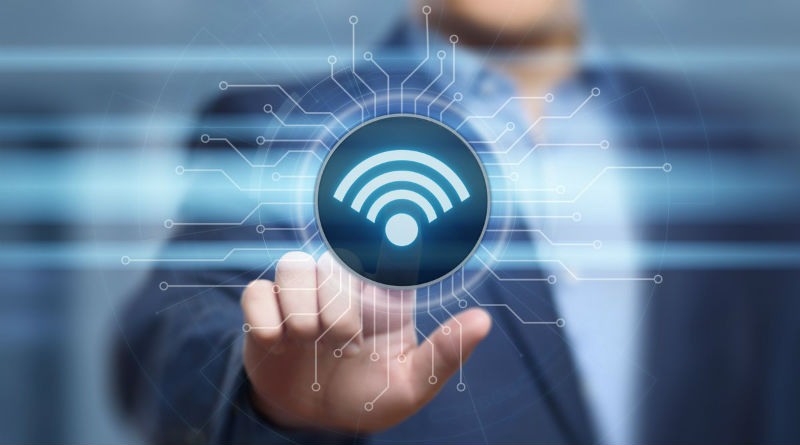 Given the value of  Wi-Fi in our everyday lives, it’s very careless that we know so little about the technology that allows us to link other countries and their citizens across oceans without any identifiable pause. Internet connectivity through Wi-Fi is the most important thing in technology. Many of us are well aware of what Wi-Fi is – a means of wirelessly transmitting data to multiple devices, such as cell phones, tablets, laptops, etc., using the Internet.

Nearly everybody wants high-speed internet open to the fingertips, just what Wi-Fi has to offer. Besides, a range of devices can connect to the Internet network, thus reducing the need to buy a data pack for your smartphone when there is Wi-Fi around. For the Wi-Fi facility, you can contact internet service providers for internet, which takes very little time to install. What you need is a router that matches your needs and links to the internet, and you’re good to go. Here are 8 Fun-Facts you’ll love to learn about Wi-Fi.

WiFi was simply designed as a logo and a trademark of the Wi-Fi Alliance back in 1999 without any additional meaning. Brand names are created to conjure up an association in the mind of the consumer and the definition of the product.

Wi-Fi and its letter pattern simply sounded catchy, similar to hi-fi, meaning “High Fidelity.” The connection between Wi-Fi and Hi-Fi must not necessarily result in “fi” meaning “fidelity.”

After the adoption of the name and logo, the Wi-Fi Alliance admitted that it seemed like an abbreviation but had no specific description. They decided to include a tag line along with the logo and brand name: “Wireless Fidelity Standard.”

Now the public has related the tagline to the brand name. Phil Belander (the founder of the WECA) said back in the days:

Wi-Fi stands for nothing it has no meaning. It’s not just an acronym. There is no sense there.

After the truth, the tag line was invented. … The original six member board invented the tag line, so it does not mean anything either. … And “Fidelity to Wireless”-what does that mean? None of that. It was a sick effort to come up with two words matching Wi and Fi. This is it. The meaningless tagline was removed by the end of the year 2000 and the word “wireless fidelity” was to vanish into the ether. Yet as the Wi-Fi brand gained traction somehow, so did the misguided notion that it was “short for wireless fidelity.”

Our WiFi uses radio waves, a type of electromagnetic radiation which includes gamma rays, x-rays, ultraviolet, visible light, infrared, microwaves, and radio waves. Both of our internet-capable devices use wireless adapters to convert all the necessary data into a radio signal that is transmitted via an antenna.

Once the computer receives data from the internet through a wireless router, the process is reversed.

This is how all internet-capable devices communicate with the internet. Nonetheless, there are a few distinctions that must be made between the various wireless technologies.

Much like every other product launch, however, the timing is very critical because the technology can be advanced. WaveLAN, the true ancestor to WiFi today, has been created 20 years before AT&T Corporation and NCR Corporation, in comparison to ALOHAnet. The wireless protocol IEEE 802.11 has been published subsequently.

4. WiFi Has Its Language.

Whenever we talk, the laws of the language we speak are internalized. This helps us to communicate easily when we speak the same language.

Like humans, machines require certain standards and protocols to communicate between them. The IEEE 802.11 standard used for wireless networks was adopted as a standard with WiFi in 1998.

We have seen more common versions of: 802.11a, 802.11b, 802.11 g, 802.11n, 802.11ac launched from then on. All have their problems and advantages over the other expense, signal interference and data speed norm. Newer standards are consistent with older standards, however.

Under normal circumstances, this should be no problem, but modern microwave ovens and wireless router run at the same frequency: 2.45 GHz. It causes interferences resulting in Internet link failure or very slow load speed. The best way to do this is not to place the wireless router near a microwave oven.

5. You Can Connect Too Many Devices To The WiFi

You may have seen it before but you couldn’t be bothered. Internet-capable computers relay their data at those frequencies. Very popular are 2.4GHz or 5GHz with very distinct variations. In short, 5GHz is only faster at shorter distances when sending & receiving data compared to 2.4GHz.

The frequency of 2,4GHz spans distances greater than 5GHz but at a slower speed. The basic rule is that the lower the frequency of the wireless signal, the further your data signal may travel. High frequency (5GHz > 2.4GHz) is unable to reach walls and floors, as well as lower frequency, resulting in the lower range.

Why is it so important for you now?

Most popular devices nowadays use 2.4GHz which results in overcrowding the unique frequency of one channel. Overcrowding can cause problems with connectivity and slow Internet speed. Here are some examples of 2.4GHz devices: microwaves, cordless phones, baby monitors, garage door openers.

The 5GHz frequency, in turn, provides more open channels (23) than 2.4GHz (3). The more devices link to the same connection, the longer it takes for devices to receive/transmit slow internet speed data.

What should you choose now?

If the speed is what you care about, then 5GHz is the better option, because it is faster than the standard 2.4Ghz frequency. Choose 2.4GHz if you choose range over speed. If you have a lot of internet-capable devices at home and are constantly having problems with connectivity or other issues, the 5GHz is the best choice.

I have already stated in the last section how frequency is the one factor in how far your WiFi signal can travel. In reality, it depends on various factors: performance, refraction, reflection and antenna.

The wireless router will transmit their radio waves about 30 m (100 ft) long enough to give you a good signal in the next place, right? Radio waves may pass through most of all materials (walls, floors) but may have problems with electrically conducting materials.

Regardless of the volume of water fluid inside us our bodies will conduct electricity. The radio waves that the wireless router transmits can be messed with by just us standing there. WiFi technology does, however, have the potential to be spread over even more distances.

In 2002 the Swedish Space Agency transmitted for the first time a wireless signal over a distance of 310 km. This wasn’t the usual wireless router you were sitting in your house but rather they used a 6-watt power output high-performance amplifier. We also didn’t have any barriers between the transmitter and the receiver. Nevertheless, technology back then had been a tremendous achievement.

The WiFi networks are very healthy as long as the users don’t behave carelessly. With Facebook and Cambridge Analytics’ recent data breach, we will start to consider taking data privacy seriously, as long as it is under our power. Over time, WiFi has grown and improved and comes with an industry standard protection kit on which the user can rely with their eyes closed.

Why does it matter for you?

Older wireless routers used simple security protocols which made it super easy for hackers to connect to your wireless network, steal all of your data including passwords, “run away” and commit identity theft. Protection protocols have undergone several upgrades since the implementation of WiFi. The first WiFi protection standard introduced in 1999 was WEP (Wired Equivalent Privacy).

Many security vulnerabilities were found over the years and by 2005, the FBI gave a public demonstration demonstrating how easy it was to hack the wireless networks using freely available software. Officially, no changes to the WEP standard have been made since 2004.

WiFi Alliance launched WPA (WiFi Protected Access) standard in 2003 as a substitute for insecure WEP. The integrity checks and the TKIP (Temporal Key Integrity Protocol) were new, major improvements. Integrity tests helped decide if an intruder reached the network, or if the data requested was changed between the wireless router and the receiving device.

In order to provide more secure encryption than then the WEP standard TKIP (Temporal Key Integrity Protocol) was implemented. With the implementation of the AES algorithm and the CCMP (Counter Cipher Mode with Block Chaining Message Authentication Code Protocol), the WPA2 further strengthened the network security protocols in 2006.

WPA2 is now so reliable that before initiating attacks on other devices linked to the same network, the hacker must already have access to the network. Threats to hacking are thus almost exclusively restricted to networks at the business level only.

The Internet of Things has been rapidly entering the market in recent years and we are still using our WiFi technology to connect to those apps. WiFi is used for transmitting vast volumes of data at a lower energy consumption rate over a relatively short distance.

Internet of Things devices typically have just a small sensor that doesn’t have to transmit huge quantities of data, but only a few bits and bytes here and there.

However, this data must be sent over much longer distances. When you only experience local wireless networks congestion and slow Internet speed with a couple of internet-capable devices connected to it, then it sounds impractical to connect thousands of Internet of devices to a single access point.

Bluetooth, Cellular IoT, and Low-Power Wide-Area Networks (LPWANs) are the best choice for Internet of devices.

It’s real, the Swedish Space Agency used WiFi to transfer 260 miles of data to an overhead stratospheric balloon. But with non-standard WiFi equipment and 6-watt amplifiers, this was true. And luckily, there are no physical barriers in the way to stop the signal. Ranges are much, much shorter than the average WiFi router, and rely on a variety of factors. The range can depend on the antenna, refraction, and the output of radio power.

A 100 ft range is normal so why can’t you get a signal when you’re in the next room?

It may be a physical obstacle. Radio waves move through most types of materials but can be blocked or absorbed by electrical conducting materials. Water contains electricity, which means our bodies can potentially interact with WiFi. But don’t be scared, radio waves do not cause damage to cells.

Sometimes, it could be intrusion. Because WiFi uses radio waves (and there are many radio wave sources like space), such waves can overlap and interfere with the signal. Your microwave typically works in the 2.4 GHz frequency range, which means it will interact with your WiFi depending on what form of WiFi you have (2.4 GHz or 5 GHz).

Indeed Wi-Fi is a hidden bonus. It needs higher internet accessibility. No one has to rely on the costly and restricted data available on the Internet for smartphones now, but choose Wi-Fi as a safer option. Depending on your need and budget, the broadband service providers have many packages for Wi-Fi access, so you can get a good one.

Today, with most Internet service providers providing routers at their website, you don’t even have to forge yourself for one. Only buy Wi-Fi connectivity through your local network provider to your home without any hassles. 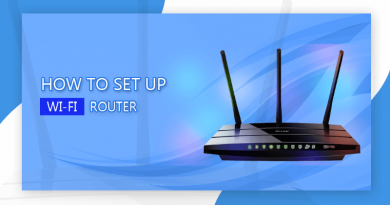